For now the production team’s plan is to produce live sports and events at 1080p with up to 8 cameras available, whereas the previous production suite allowed only 1080i with a limit of four cameras. The University is future-proofed both for quantity and quality with the new suite, as the TC1 supports up to 16 cameras and can produce at 4Kp60 whenever the production team wishes to make the move. In addition, the TC1 supports IP-based video production via NewTek’s NDI® bi-directional IP technology for transport of video, audio and data on standard networks. This is the leading video-over-IP standard in the world, now in thousands of products in the hands of millions of users.

The new camera complement is four Blackmagic Ursa broadcast cameras and four NewTek NDI PTZ1 robotic cameras. Crews will be able to experience both operating cameras manually on location (Ursa cameras) and remotely from the Switcher or from any network-attached system or device (PTZ1 cameras via NDI-HX over a standard local area network).

The TriCaster takes all of the elements of our broadcast and brings them together on a switcher board so students can move through them quickly. Whether it’s the manned cameras, robotic cameras, replay machines, scoreboard or any graphics we want to use, we can easily insert them all into the broadcast. - Scott Hofsommer, broadcast engineer

The replay system mentioned is the companion technology to the TriCaster TC1, NewTek 3Play® 3P1, which also offers hybrid IP/3G-SDI input/output capability. The 3P1 is the most complete live sports production system on the planet, with four-channel synchronized capture and recording, simultaneous recording and playback, instant replay and variable speed slow-motion playback. In addition the unit includes built-in dual-channel telestration - you can draw or diagram over either or both of the two output channels. All of the inputs and outputs of the 3P1 are available as NDI sources to the TC1 with only a network connection between the two.

The new equipment will also have a new home, a 24-foot mobile production trailer. The previous production suite was moved from location to location by taking the setup apart and loading it into transportation, unloading and setting up where it needed to be used. With the new trailer, the production team just rolls to the necessary location, whether a sports venue or other university facility, plugs in to power and network, and deploys the cameras and supporting cabling. 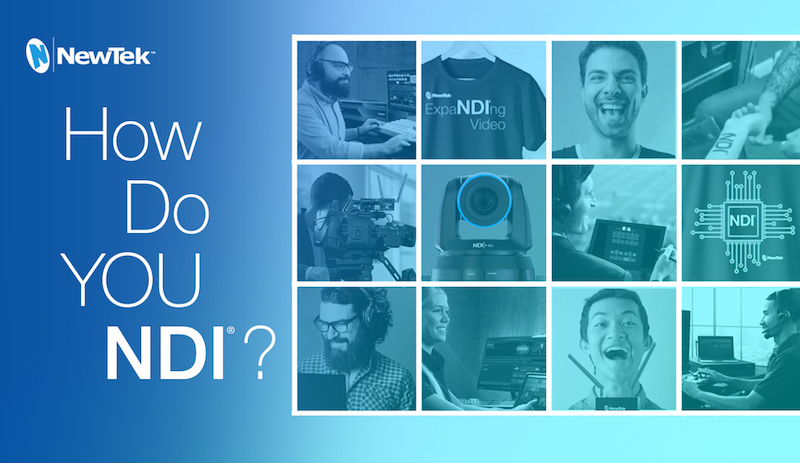