A common approach for live streaming PC gaming to social video networks such as Twitch is to have a game system and a separate PC for production and streaming. Linus Tech Tips looked at the powerful multi-core systems available today and realized that a single Intel Core i9 system running as two or more virtual machines (VMs) can accomplish the same thing. Potentially this can be done with little or no loss of performance for any of the tasks involved and with savings in space, cabling, energy consumption, and heat footprint.
The two VMs were connected with a virtual 10Gb network connection. Data could be exchanged between the VMs without ever going outside the computer system, and NewTek NDI®  enabled that data to include video transport between the two over the virtual network. The VM for gaming simply needed to include any utility capable of capturing the screen and outputting it as NDI, and the streaming VM used OBS Studio with a freely available NDI plugin to receive the NDI stream. This eliminated both network cabling and potentially a capture card and dedicated video cabling that would have been required for a two-system setup, depending on the approach taken.
There are a number of ways to encode a gaming system's display to NDI; XSplit Broadcaster for example, or the freely available NewTek NDI Tools Pack's NDI Scan Converter. In this technical demonstration OBS Studio was used on the VM streaming system, and there are a variety of other options for streaming - XSplit Broadcaster again, or any live production and streaming application that uses NDI.
For very serious channel producers who wish to use broadcast studio production values including full-on multi-camera or multi-source production (such as several gaming systems in a tournament), a NewTek TriCaster integrated production and streaming system, or other make of NDI-enabled live production switcher can fit the bill. To step further up to virtual sets, professional effects and graphics and more, a TriCaster production system already includes those capabilities.
Producers can use one or more cameras and still just use the network for media transport with products such as NewTek Connect Spark™.  Spark comes in HDMI-to-NDI and SDI-to-NDI flavors, and is able make your cameras into network video sources. You can place your cameras with Spark converters anywhere, and use them with a network cable or your wireless network, removing any need for runs of dedicated HDMI or SDI cabling throughout your production space.
Learn more about: 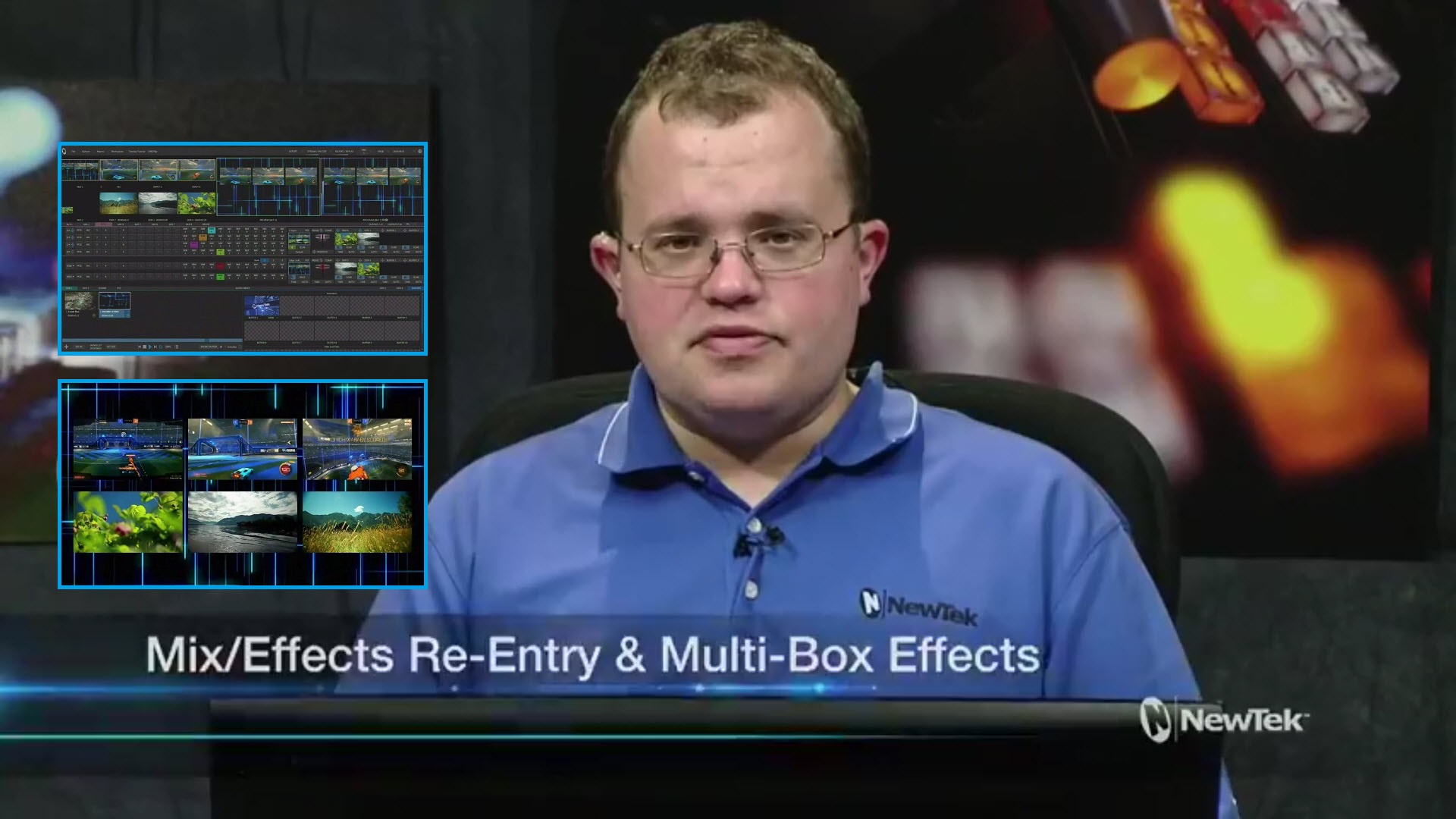 Capture Without a Card: Using NDI® with OBS