As the fourth-largest city in the State of Michigan, Sterling Heights broadcasts its government meetings and a variety of locally produced programming for residents to view online and via its access channel, Sterling Heights Television (SHTV).

With five to eight live meetings per month, this is no small feat for the staff of two that make up the Broadcast Services division of the Community Relations Department.

After relying on analog equipment and a system designed to be operated by a staff of three for more than 15 years, the two-man team’s job became much more manageable in April when the system got a much needed upgrade.

With the help of Advanced Lighting & Sound of Troy, Michigan, the team is now able to manage a complete live meeting with just one staff member using the NewTek TriCaster® 8000 multi-camera video production system with Advanced Edition software and LivePanel, which allows for touch screen operation and innovative connectivity with NDI®.

“Not only has the quality of productions been enhanced, but this has freed up staff to accomplish other tasks and increased the amount of programming that can be created for the same budget,” said Bob Sullivan of Advanced Lighting & Sound.

Prior to the installation of their new system, SHTV staff were dealing with regular equipment failures and difficulties staffing live meetings.

According to Daniel Rizek, SHTV broadcast services coordinator, the equipment limited their ability to perform many basic functions during live meetings and required two of them being present.

“While we did have robotic controlled Panasonic cameras, selection and positioning was too slow a process to consistently title board members,” he said.

To playback video clips during live meetings, they would need to convert video that was recorded and edited in HD down to DVCpro tape, which required two of them being there to ensure smooth playback.

“Our last remaining playback deck was regularly locking up and eating tapes during run though,” Rizek said. “Only by some small miracle did we avoid that happening during a live meeting.”

The city now has a production system based around the Panasonic AW-HE40 PTZ camera platform, while a Panasonic AW-RP50NJ PTZ controller allows for remote camera control and positioning via the network. All cameras are powered by POE providing for a single cable connection for control and power.

Sullivan said they chose to base the core of the system on the NewTek TriCaster 8000 with Advanced Edition software, due to its ease of use and the ability to integrate advanced work flow features.

As part of the Advanced Edition integration, Sullivan implemented a customized configuration of NewTek LivePanel, a custom-built app that allows for touch screen operation of the exact tools and functions the city requires. It also enabled the city to easily transition to video over IP using NDI.

“It has extended logic and data integration to offer a more automated production solution,” Sullivan said.

As part of the upgrade, the City added a new presentation system based around the Crestron Digital Media matrix switcher, which allows for a variety of computer inputs, document cameras and even the TriCaster. All of these sources can be routed to in-room displays for citizens and to local monitors for the board members to view.

Sullivan said an audio system upgrade was the last key component to the project, which consists of a Biamp Tesira Server-IO configured with 24 inputs and 24 outputs.

Each input was configured with appropriate DSP for equalization and leveling and then processed through a large auto mixer. Ceiling speakers by JBL were installed over the audience, while compact Control 52 speakers were used at the council desk.

By upgrading to professional production equipment with NDI, SHTV is now able to produce higher quality broadcasts and meetings can easily be covered by a single staff member.

“The touch screen operation has played a dramatic role in making that possible, allowing for the selection of shot and title with just one tap,” Rizek said. “Video playback is just a click away without the hassle of going to tape.”

The LivePanel software interface and NDI allows all camera presets to be recalled instantly, along with appropriate graphics and automatically keyed in or out right from the custom touch screen interface.

It has enabled SHTV to use a variety of data-driven graphics based on unique graphics databases that assign the appropriate individual’s name to the correct seat for a meeting. This allows the user interface to recall a camera position with the appropriate graphic based on the specific meeting in session.

“We have not yet scratched the surface of the new system’s capabilities and features,” Rizek said. “We hope to add studio cameras to the system in the near future.” 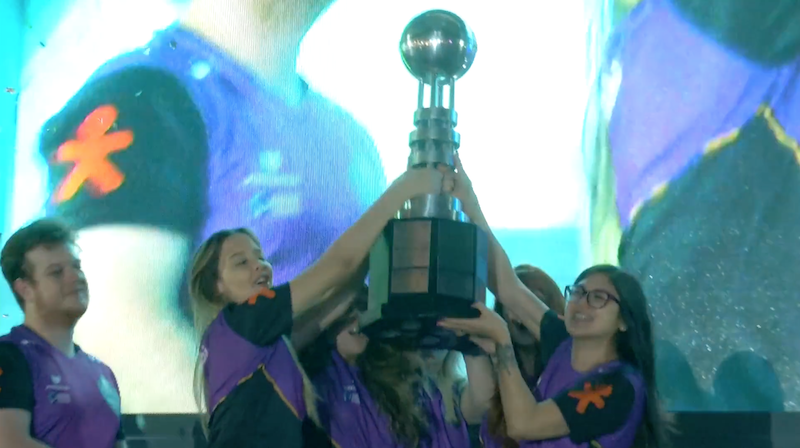