“The World On Arirang”’ is the slogan used by South Korean broadcaster, Arirang International Broadcasting (Arirang TV) to reinforce its position as a global broadcaster. As the country’s largest and most popular broadcasting network, Arirang TV recently launched an initiative to create the company’s future-looking strategy aimed at solidifying its place as a global media platform, and they turned to Vizrt Group’s NDI® and NewTek technology to reach their goals.

As part of this initiative, Arirang TV created the MAX Project, a name that derives from the Project’s key areas of focus - Metaverse, Artificial Intelligence, and Extended Reality. The company led a research and development (R&D) effort supporting the project, focused on applying technology to the company’s broadcasting approach in these areas. During the R&D phase, Arirang TV decided to build a new futuristic and radically advanced studio, called the Smart Live Studio. 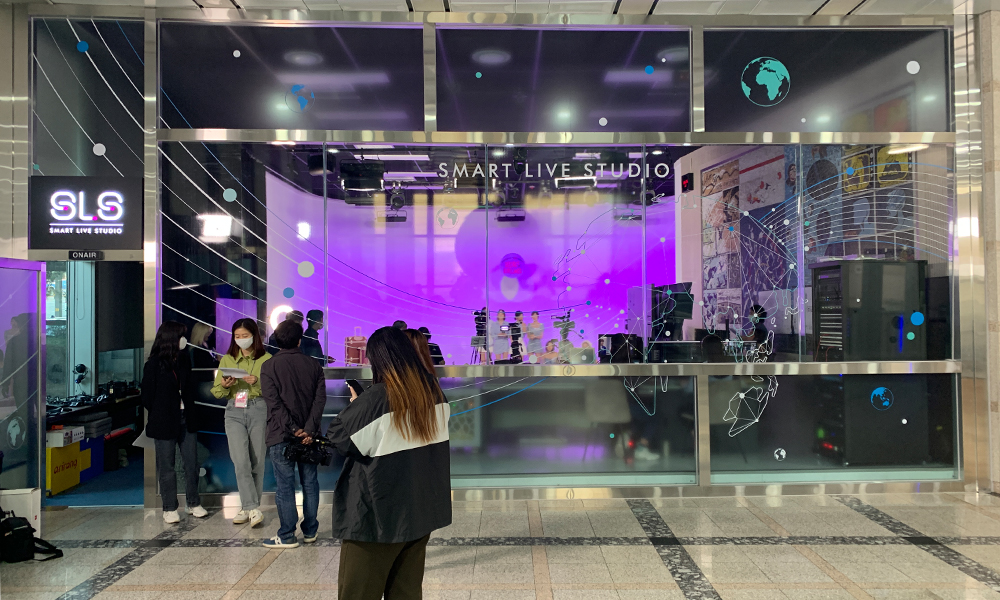 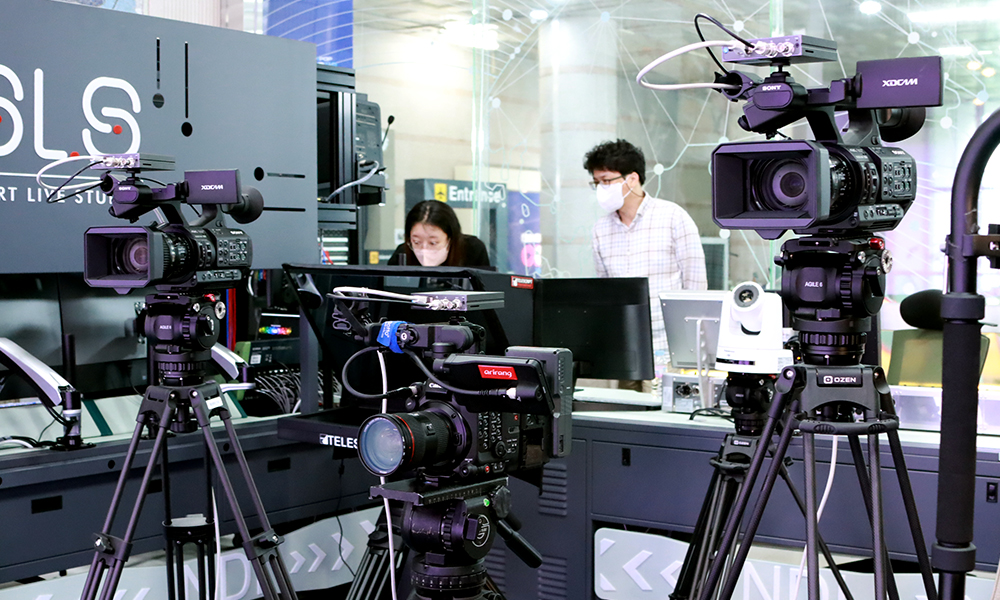 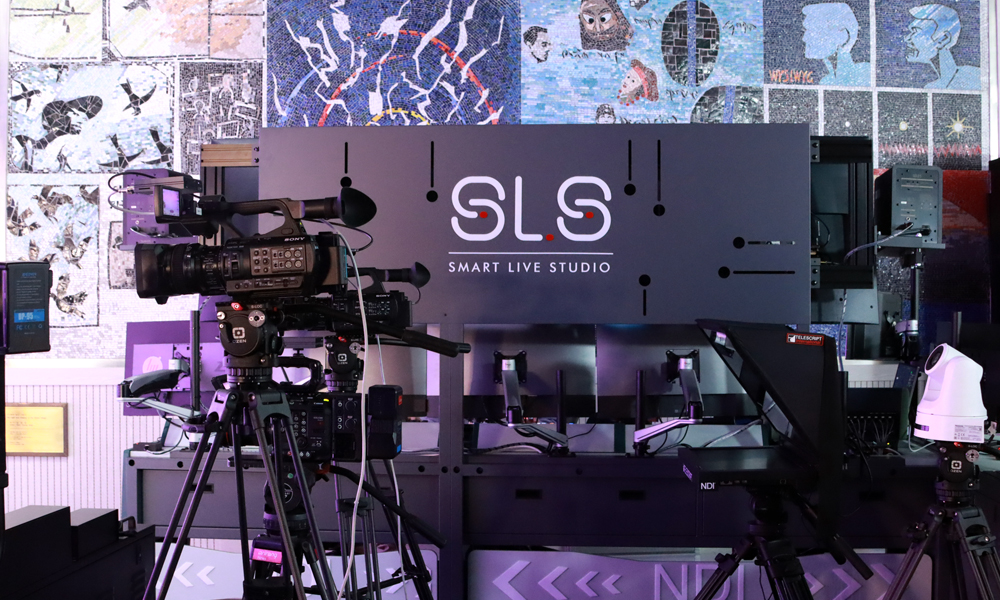 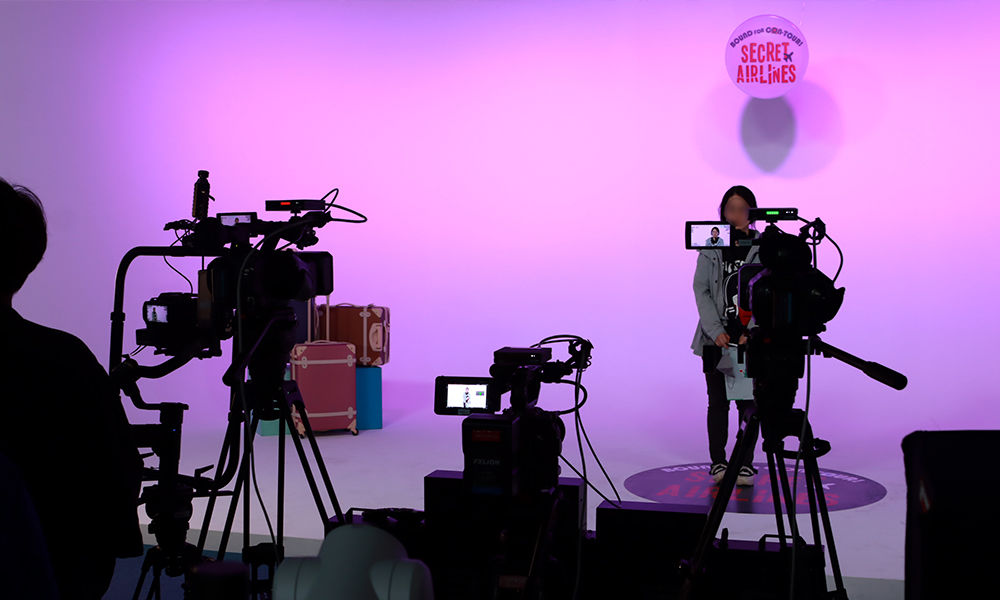 A key requirement of designing the Smart Live Studio was to identify core technology that would serve Arirang TV for the next decade. Ultimately, Arirang TV chose the IP-based NDI 5 protocol for 4K live streaming and outfitted the studio with NewTek’s latest generation production system, the TriCaster® 2 Elite (TC2). In the early stages of its R&D work, the team realized that NDI 5 had the potential to revolutionize its production capabilities, which provided all the rationale they needed in choosing it as the system’s foundational technology.

Arirang TV opened its new 1,000 square foot NDI-enabled in May 2022. Built in an existing part of Arirang TV’s lobby at one tenth of the cost of a standard studio with previous generation technology, the small but powerful space is designed to be flexible enough to encompass the entire lobby when needed.

Arirang TV’s previous studio system was based on HD SDI and included a PC-based portable production and streaming system with different configurations. This existing system was more expensive to operate given the high cost of distributing different broadcasting signals. If the team built a new system under the previous technology, it would’ve been arduous due to the difficulty of integration with IT-related services such as IP video broadcasting. With NDI and the TC2 installed, the new system is far more flexible, can easily connect and add devices, and is more cost effective to operate.

In addition, the IP-based system configuration is easy to connect other services, making it faster and easier to build a production system and operate it. The installation of the new NDI system has simplified studio operations and reduced the need for production engineers to be onsite during a broadcast. Now various production staff manage live remote interviews, news, and weathercasts with software.

Arirang TV connects multiple native NDI-enabled devices to its system, including the Sony Z280, Canon 1DX Mark III, Canon C500 cameras as well as drones, which were not an option in live broadcasts until the introduction of NDI workflows. The studio also utilizes a 4K PTZ camera to remotely capture aerial shots on prem. 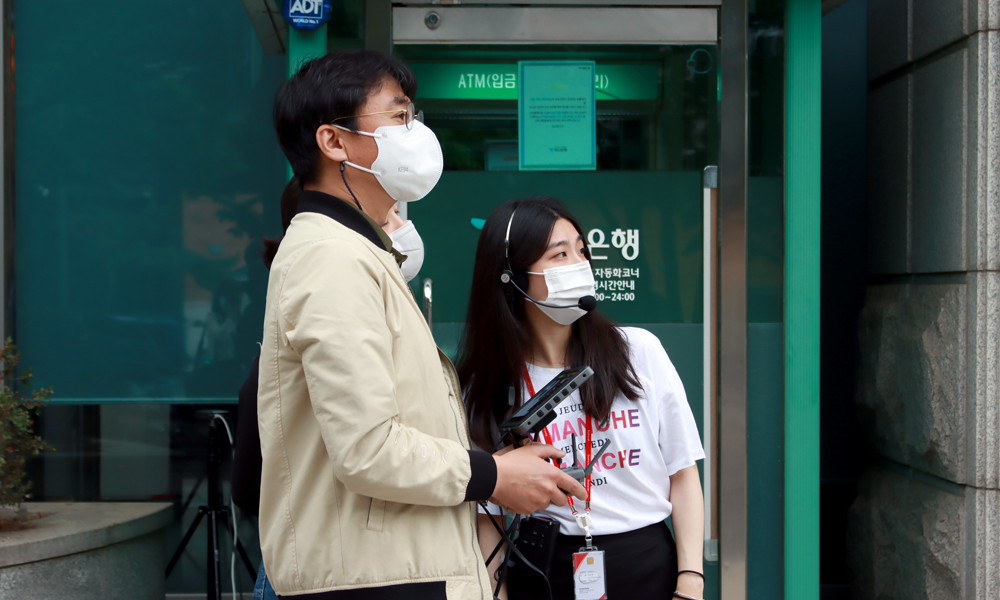 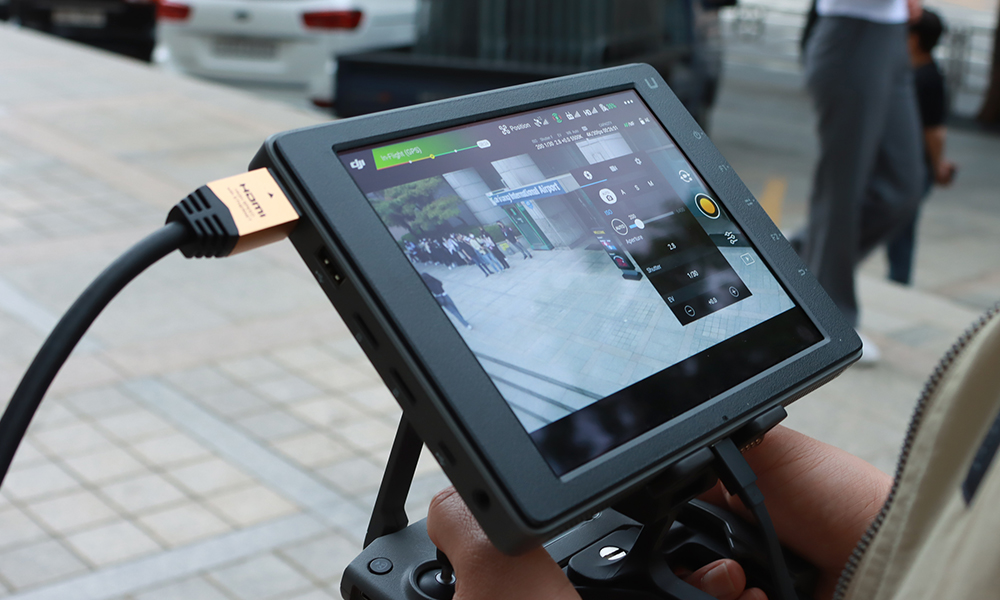 Additionally, the Arirang TV Smart Live Studio employs Live Mind’s NDI Multi Channel Recorder to directly record NDI sources, import, and edit directly from Adobe Premiere, and AJA Ki for editors using Final Cut X and Edius without using Adobe Premiere. The studio also leverages the NDI Prompter included in the TC2, which supports macro automation, and TELESCRIPT’s NDI support prompter to operate a system that can transmit any source, as well as the prompter source, through a single network cable. Other system configurations connected with NDI include the Avid S1 Console that externally controls the TC2, the Stream Deck for NewBlueFX subtitle control, and the Novation Launchpad for macro execution. 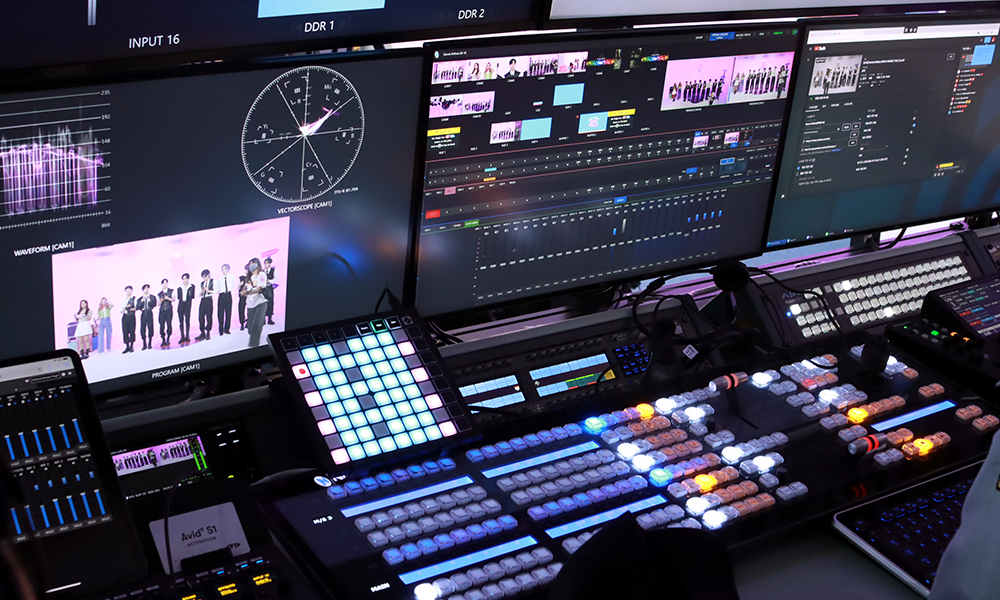 In the virtual space, viewers can enjoy ultra-low latency, real-time broadcasting as well as participate as avatars and communicate with celebrities appearing in the network’s K-POP programming. The new system is produced and broadcasted instantly in the cloud online master control room, bypassing the existing standard broadcasting control room and streamlining the production flow.

“Since we are pursuing a new future-oriented broadcasting format, it is essential to implement a low-cost and high-efficiency XR production environment, so we were looking for an IP-based production studio environment that could be effectively linked with an XR solution capable of real-time rendering and synthesis. We chose NDI and NewTek technology because it was a suitable technology to adapt to new media technologies such as XR and other convergence services,” said Kim Hyung-soon, Arirang TV Convergence Technology Center.

The new Smart Live Studio has revolutionized Arirang TV’s approach to broadcasting and enabled them to push the technological boundaries in their pursuit to attract more viewers worldwide. 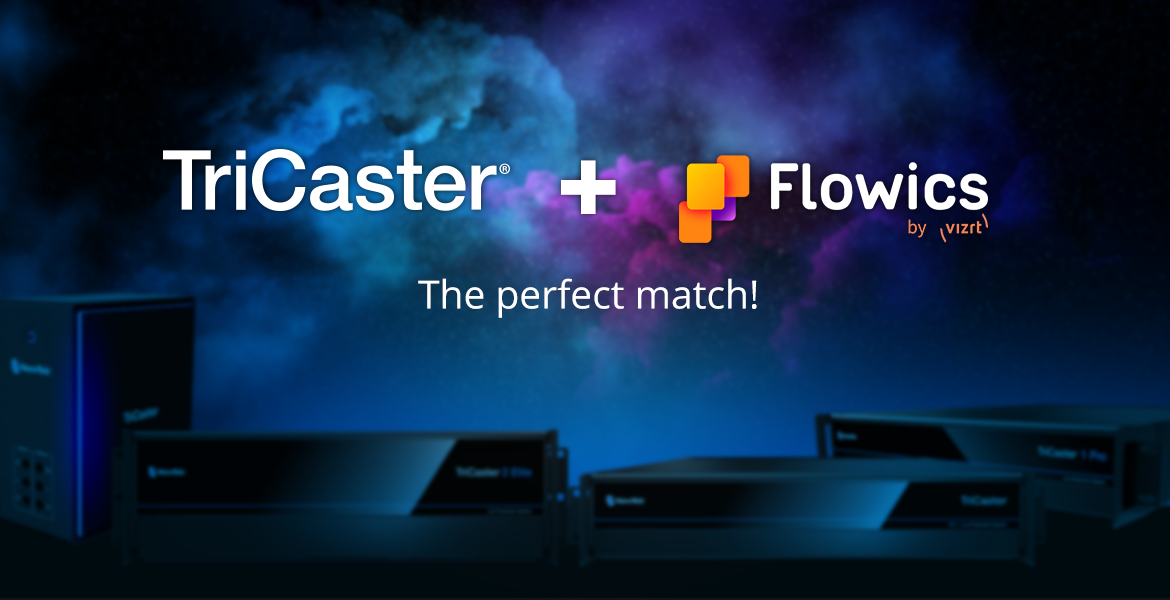 TriCaster, Live Link and Flowics by Vizrt – A Perfect Match! 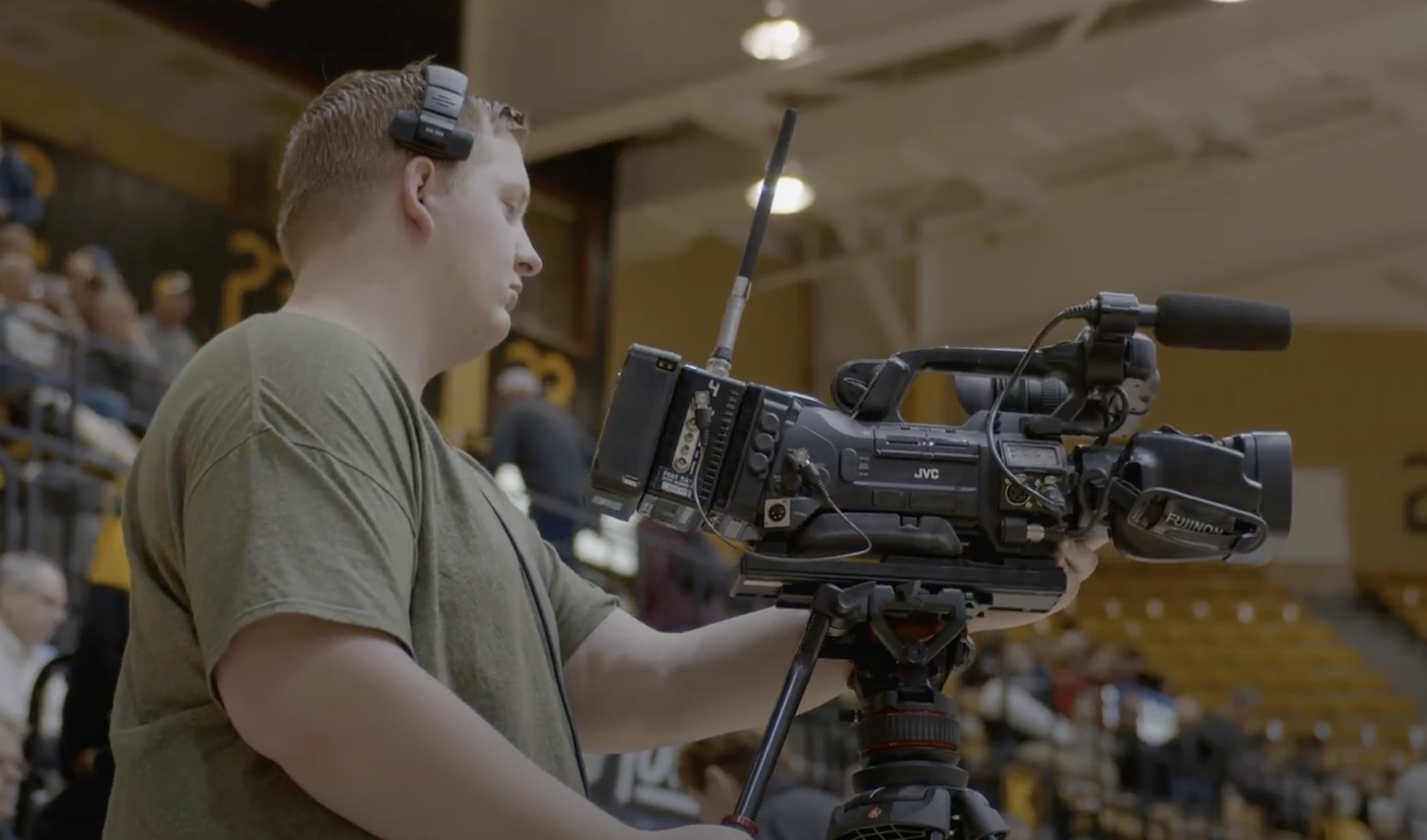