When MTV and Comedy Central decided to produce their first live music show after more than 20 years, they conceived it to be something energetic, exciting and available for today’s totally mobile and connected young audience.

In early 2016, MTV contacted world-renowned live production company Done + Dusted and shared their idea for a new, flagship live music program. A critical component to figure out for the new program was how to deliver content to an audience that watches increasingly less linear television. 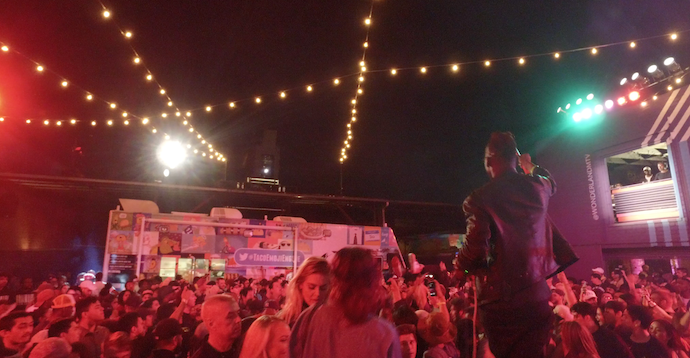 “This digital demographic is consuming almost everything in real time from their laptops, iPads, and smart phones,” says Jesse J. Leed, the Supervising Digital Producer for the show. “We asked ourselves, ‘How do we connect to this audience? How do we deliver content that cuts through the clutter and keeps them coming back for more?’”

Leed worked with Done + Dusted partners Ian Stewart and Katy Mullan to develop a concept and vision for a show that would catch the attention of young viewers and deliver an unmatched level of exclusive content to their televisions and mobile devices.

Located in the heart of the Los Angeles Arts District, and taking place across multiple stages within the warehouse compound, Wonderland brings TV out of the studio and into a real, living, breathing space that is constantly packed with action. There are three to four stages with live, simultaneous acts and a live audience of about 1,000 people. Featured performers have included Sleigh Bells, D.R.A.M., Kehlani, Flatbush Zombies, Joey Bada$$ and Aminé.

The show is a fast-paced, unique hour of entertainment hosted by a group of opinionated musicians, comedians, and tastemakers, but the live performances are at the heart of every episode. The show provides a platform for artists to experiment with the unexpected, express their creativity, and deliver unique performances unseen anywhere else.

First, there’s the traditional, one-hour, live linear broadcast that airs on MTV. The television program is hosted throughout the hour, includes commercials and follows the format of a live broadcast music show.

Second screen audiences have the option to tune into the Wonderland Performance Stream online; while in the main television broadcast artists might only have time to perform a song or two, the Performance Stream allows artists continue playing their sets. The Performance Stream is live-streamed to MTV’s website, MTV’s Facebook Live page, and each artists’ webpage and social channels.

The third viewing experience is a run-and-gun behind-the-scenes live stream that is recorded over the course of the hour-long broadcast. The behind-the-scenes stream does not follow the music, but the artists themselves - in trailers getting ready for the show, waiting in the wings with their crew to take the stage, interacting with their fans as they finish their performances, and exploring Wonderland from the perspective of somebody ‘on the ground’. The behind-the-scenes cam is everywhere that the main broadcast and the performance stream are not, allowing the audience to pick and choose their desired level of engagement.

“So, we have the linear television show, the Performance Stream and the Behind the Scenes Stream all happening at the same time. This is a big and ambitious production and a big puzzle with many moving parts that we need to figure out each week,” says Leed. “This is where NewTek comes in…”

“We use a TriCaster 8000 with Advanced Edition to do all of this, and it’s amazing. We couldn’t do this without the TriCaster.”

Because of the capabilities of the TriCaster 8000, the team is able to produce all the multi-stream content with a minimal production crew of just a couple of people. Each of the three or four stages is covered by several cameras, with about 30 total cameras to choose from.

“We’d give GoPros and Selfie Sticks to audience members and they would hold them up and we’d capture the performance through their eyes. We put cameras on the DJ rig, on the drummer’s chest,” says Leed. “It’s an amazing energy and for the viewer, it feels like you’re watching your friends stream a party on Snapchat or Facebook Live”.

With the use of a network router, the team could jump from camera to camera anywhere across the compound, and bring the desired feed into the TriCaster. For each stage, there was one hand-held camera operator, a few mounted cameras, and GoPros mounted in the corners to capture everything else.

Leed explains that in years past, most productions – especially small productions – would never be able to afford a multi-camera switch, but with a TriCaster, a few GoPros and a handheld, there’s almost no limit to what today’s production teams can accomplish.

With just a single operator and a technical director, the team can bring together live video and music, recorded tracks, a music bed, playback, and graphics — all directly from the TriCaster.

“I’m so impressed with the TriCaster, the way we can roll graphics and mix video and audio on the fly. Even though we don’t have four operators and a big truck we’re still able to mix what we need in real time and live stream well-produced, engaging content.”

“With the TriCaster, we do all the video switching, as well as add on-the-fly titles,” says Brian Shiel, TriCaster Operator, contracting with Done + Dusted to produce Wonderland. “We used the TriCaster 8000 as an ISO recorder as well as a line cut recorder, recording the line cut clean with no titles in case someone made a mistake and called out the wrong artist. We recorded a version with no titles at all, and were able to stream it all out from the same machine.”

Shiel explains that they used the TriCaster to push out multiple streams to multiple destinations. The team would stream high-resolution HD video from the TriCaster to two different Elemental encoders, that would then break out the streams to additional Facebook pages. The team used Facebook Scheduler to help with stream organization; originally the project was planned for four simultaneous streams but quickly evolved to six.

“We also brought multiple audio sources into the TriCaster for this show,” says Shiel. “We would get a line cut stereo/audio feed from the audio desk for each stage, but we couldn’t get audience reaction mics through the same routing as the PA company.”

“One guy at a TriCaster control surface, switching all those cameras, calling up every performance space with a different set of 8 cameras,” remarks Shiel. “And then to add the audience ambient mics coming in and getting married to the line cut audio feed from master control. That was a lot. Week after week, we certainly utilized the TriCaster to its max capability.vThis was a very fun project and everything looked super cool. The TriCaster 8000 Advanced Edition did a fantastic job.” 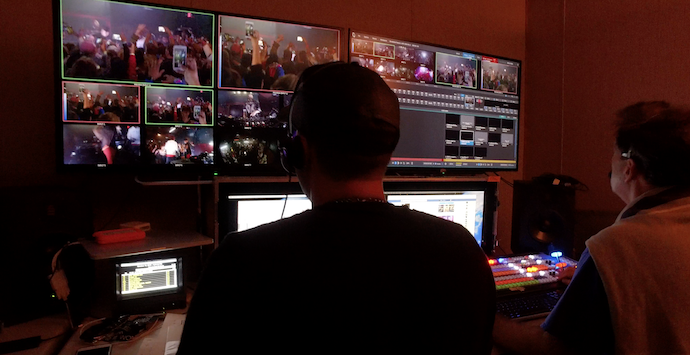 About Done and Dusted

Done+Dusted is a global television production and event staging company that produces large-scale live events and live broadcasts. From planning to production, D+D provides an unrivaled service for companies wanting to deliver creative, entertaining, and highly-memorable live events and broadcasts to consumers and media alike.

The company’s director and executive producer, Hamish Hamilton, has produced and directed some of the biggest live shows on the planet, having most recently brought to life the Super Bowl 50 Halftime Show starring Coldplay and featuring Bruno Mars and Beyoncé, as well as the U2 iNNOCENCE + eXPERIENCE Concert Special, shot live in Paris for HBO. 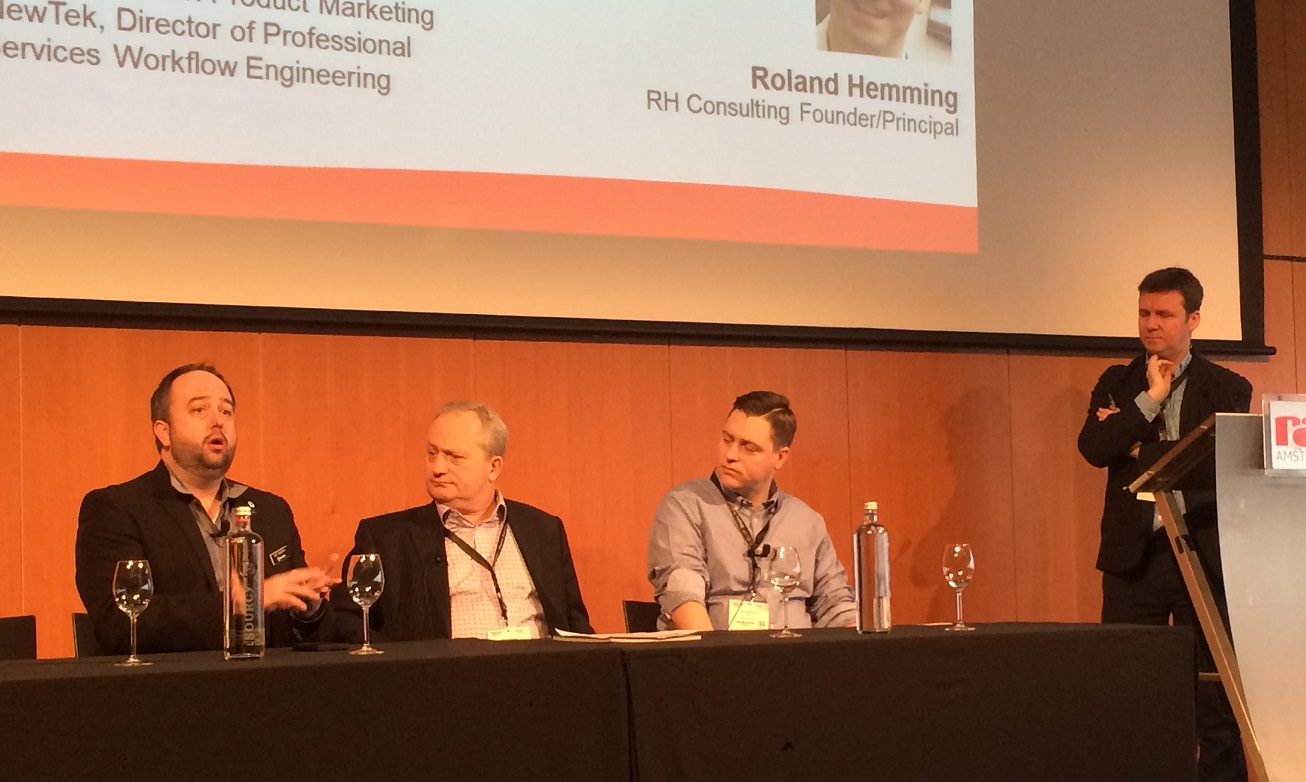