F+W has been providing instructional education for people passionate about their hobbies since 1914. It is primarily an education venue for avid enthusiasts in areas ranging from fine arts and mixed media, woodworking, sewing and soft craft to outdoor pursuits. The programs F+W produces, including nationally recognized hunting TV productions, are shot in studios and on location all over the country.

Ten years ago, F+W observed the industry’s shift to the Internet, realized more people were going online to learn, and decided to follow where their customers were heading. The first year of video production brought in about $40,000 in revenue and has grown into a multi-million-dollar business over the past seven years, with continued projections for impressive growth for the future.

Video has now become a very prevalent part of the company. It’s one of the fastest growing parts of what they do, and as such, the volume of video production continues to increase with each passing year. F+W owns sixty web properties; the most prominent being Artist Network TV, Craft Daily, Deer and Deer Hunting and Popular Woodworking, which tops their revenues list. With every web property demanding video, F+W needed a way to cut down on production time to churn out 500+ videos every year – and it needed to be highly efficient.

F+W instructional videos are usually at least half an hour in length, but some go up to six hours with multiple segments, depending on the intricacies of the project. For example, a painter will come to the studio and create a landscape painting step-by-step, or a woodworking expert will demonstrate how to create a piece of furniture like a table or chair using specific techniques. The production team works in F+W studios located in Cincinnati, Wisconsin, and Ft. Collins and Golden, Colorado—but not exclusively.

“We do a lot on location, especially with the woodworking group,” says Ric Deliantoni, Managing Director-Producer. “We have a fully equipped woodshop in the studio, but it’s not always feasible to bring all the tools and parts into the studio, so we go to them.”

With a few new pieces of equipment, their production setup became so compact that shooting on-location videos is a breeze. There’s very little setup involved because of the size and amount of equipment. The TriCaster Mini, Canon XF300 HD cameras, Sennheiser lavalier microphones, MX3 shotgun microphones, and a Sharp monitor can all be carried easily in a van or on a plane. Even with on-location shoots, the equipment delivers high-quality video, as if it were produced in a professional studio.

F+W generally targets artists and personalities who already have a presence in their markets. A production outline will specify whether the program will focus on specific tools or techniques, or a progressive class with chapters and or a web-based educational program. A production date is set and the artist will come into the studio or they will travel to a location to produce the content.

The team sets up a week of shooting for a project, expecting to produce three to five 90-120 minute videos over the course of the week. Day one is for pre-production. The studio team and the instructional designers get the lighting set and design the camera choreography. Day two is when filming begins. F+W likes to shoot in sequence when possible. A lot of their videos involve progressive instruction, like painting. Depending on how intricate the project is, they may bring in pre-prepared versions of the art piece in different stages, much like a cooking show. The camera will fade in and out or do a time lapse between stages.

Although some camera switching is choreographed, the floor director and instructional designer sit in front of the NewTek TriCaster Mini making spontaneous decisions on which camera to go to during the course of the shoot. They utilize two jibs—one 12-foot that runs overhead, with one 8-foot behind the subject as a POV camera—and a lockdown on a pedestal with a track to capture the set and the direct instruction of the presenter. For most productions they use three cameras on set for each studio, and occasionally a fourth camera on a jib is added if the production requires the extra visuals. The floor director will make the switch-fade or switch cameras, or switch to a graphic between camera switches. They try to plan as much camera choreography as possible to cut down on post-production.

“In a given day, we can get a 90-minute video finished in an eight-hour period,” says Deliantoni. “Ninety-nine times out of one hundred, we get that done.”

Once the video shoot is over, Deliantoni takes what they’ve captured via the TriCaster Mini, along with the individual cameras’ raw footage, and places the pieces into a pre-set template in Premiere that they have developed for each of the communities. These templates contain the branding graphics and all the other editable graphics required to complete the project, which saves a lot of time. He then assigns the project to one of the studio teams’ editors to take the project through the multi-staged editing process. Everything is archived on an external hard drive—including raw footage so that they can re-purpose any of the content into future programming if they decide to do so.

A system simple enough for everyone to operate

Deliantoni acts as DP for almost of the shoots, so after he gets everything set up, he steps out of the studio. A requirement for his production setup to allow him to freely move from one studio to the next when there are multiple programs being shot in a single day.

“I’m a big believer in cross-training my team, so I familiarized everyone on the team with all aspects of our production process. This empowers them to create and not worry about the production politics other studios suffer from,” says Deliantoni. “As I’m the managing director of the Cincinnati studios, I’m not always available to push the buttons. The Mini is a very simple machine to use, so it was easy for my team to learn.”

Connecting with the audience

Final videos are available through one of the sixty web properties owned by F+W. There are subscriptions available to watch videos on a monthly or yearly basis, or customers can purchase single videos. Videos are also available on DVD for those who prefer having a physical copy versus accessing the programs online.

F+W produces 500 videos per year company-wide. Deliantoni believes that number will soon rise to 600 if the other F&W studios around the U.S. follow the lead of his, with its new equipment fostering a highly efficient workflow.

F+W isn’t trying to portray Martha Stewart-level perfection in craft making—in fact, they embrace the realism of trial and error.

“We aim to educate people, not wow them. We want to make good content, teaching people how to do something,” says Deliantoni. “If someone on camera makes a mistake, we show people how to fix it.”

The culture of learning is apparent in the culture of F+W itself. In a niche market, this company has proven its ability to adapt to new technologies in order to thrive. It embraces the mentality of support to the arts in order to help people live more fulfilling lives. F+W will surely continue to educate itself and its audience into the future. 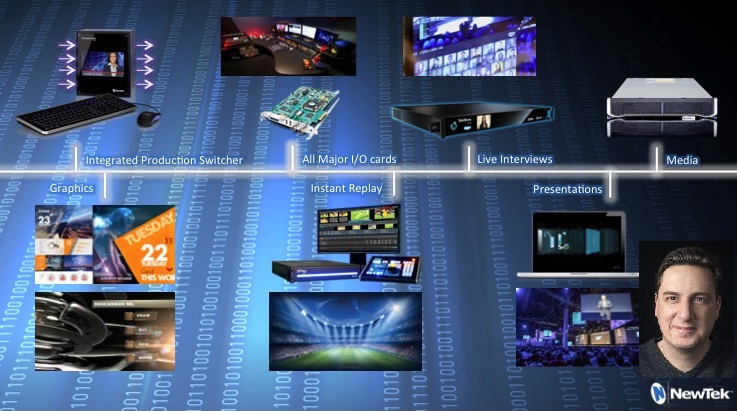 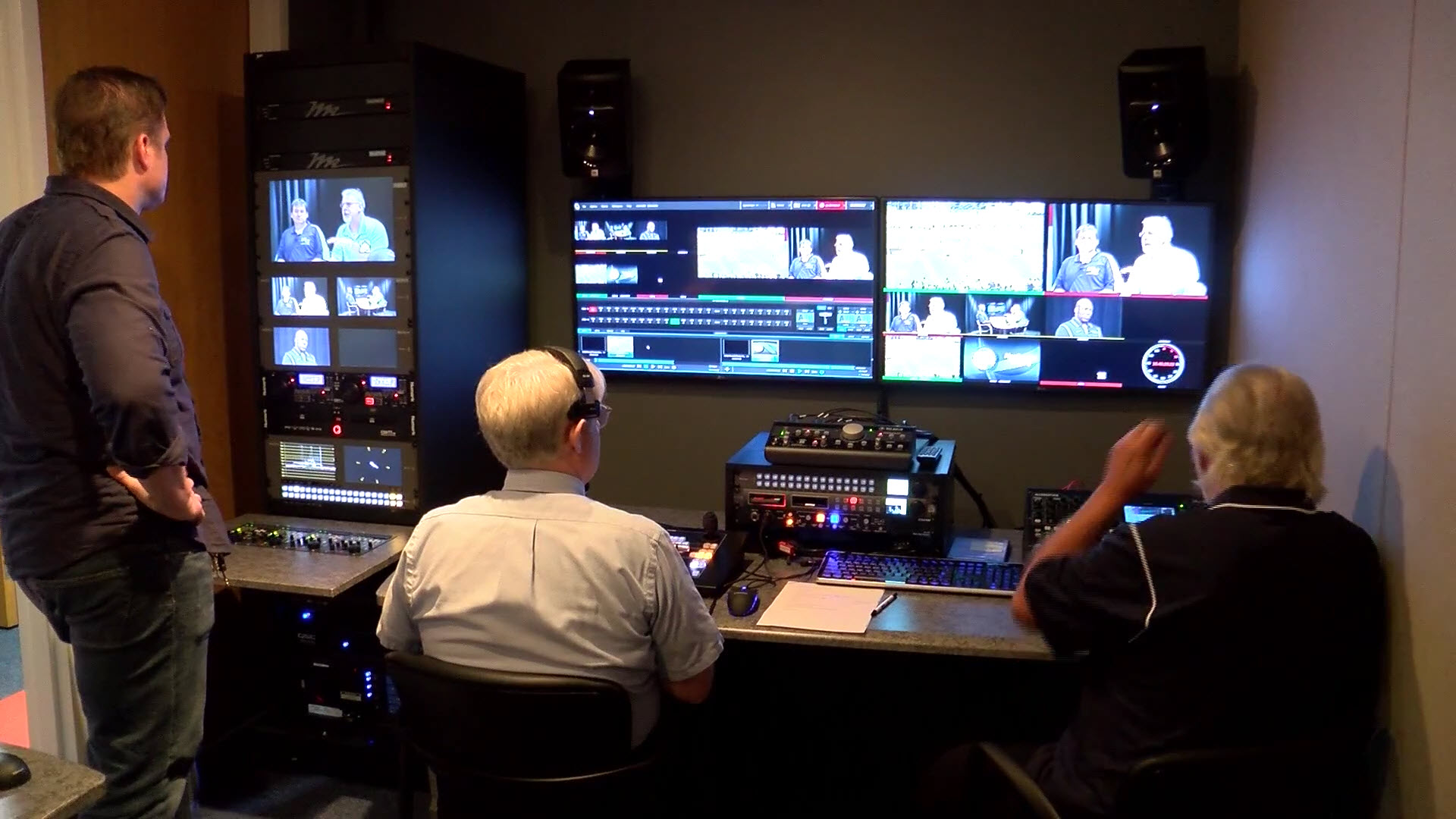